Landed Cost: The Hidden Numbers That Eat Into Your Profit Margins

How to Maximize Profits with the Reorder Point Formula

The events of 2020 have made it one of the most disruptive years ever in the business world. No sector of business has been immune to the effects of the pandemic, and that includes manufacturing. However, contrary to what media outlets would have people believe, manufacturing is not, in fact, in grave danger. A more inclusive analysis backed by data shows that manufacturing continues to grow and at decreasing cost to producers. Further investigation into what defines manufacturing and production reveals the strength of the U.S. manufacturing industry and its projected continued growth in an environment of continuing change and innovation.

An overview of manufacturing’s role in the economy

The role of manufacturing in the U.S. economy cannot be understated. As of 2019, 11% of U.S. gross domestic product came from the manufacturing industry, making it the fourth largest industry in the country and also one of the top employers, accounting for 8% of U.S. jobs. Further, on a global scale, the U.S. accounts for 18% of the world’s manufacturing output, second only to China.

Before we can discuss the reality or the future of production, there must be a clear definition of domestic manufacturing. In the case of domestic production, manufacturing is the combination of durable goods- ones meant to last several years such as electronics and vehicles- and nondurable goods- products with shorter life spans such as food and beverages- produced by workers in the United States. These goods earn the “Made in USA” or “Made in America” stamp which adds value to the finished product in and of itself. Researchers found that 80% of Americans would prefer to buy items made in the United States and another 60% would be willing to pay an additional 10% for a domestically manufactured product.

For some, the data presented above may come as a surprise as the narrative of the manufacturing industry is often described as being in dire circumstances. The reality is more nuanced than the pessimistic predictions found in media outlets. In order to paint a more accurate picture of the state of things, we need to separate manufacturing jobs from manufacturing output.

The previously mentioned statistics make a compelling case for the strength of the U.S. manufacturing industry. Even amid the coronavirus crisis, the Deloitte network predicts growth for the industry. This contrasts with trends in manufacturing employment, with 2018 marking 7.5 million manufacturing jobs lost since 1980. The only exceptions to this overall decline in production employment are the food, beverage, and tobacco industries which saw an 11% increase in jobs.

The contrast in directions of the manufacturing industry versus job market offer valuable insight into how the industry is changing and what it means for the future.

The rise of artificial intelligence

While there are several factors contributing to the increase in manufacturing despite a decrease in industry jobs, one of the most clear causes is the rise of artificial intelligence. As systems become smarter and more efficient, manufacturers are able to get by with fewer employees and reduce operating costs. Meanwhile, the efficacy of AI systems allow more processes to be automated and integrated to minimize errors and maximize efficiency. Combined, AI enables manufacturers to both save and make more money. While this is good news for the manufacturing industry as a whole, it does mean that there are fewer employees needed to run operations which accounts for the decrease in manufacturing jobs despite industry growth. As technology continues to advance, manufacturers of all industries should consider which AI systems, automation processes, and integrations can help make their businesses more efficient.

The other major trend that has contributed to the current state of the manufacturing industry/job disparity is the United States’ ongoing trade war, particularly with China. The tariffs resulting from these trade wars have had several distinct impacts on U.S. production. First, some raw materials have become more expensive, making domestically sourced materials more appealing to producers. The steel industry in particular has grown since foreign steel became more expensive. Second, supply chain insecurity resulting from the trade war makes local production safer and more efficient. While outsourced production does continue, companies that choose to outsource accept increased risk and that not all firms can afford to take. Lastly, tariffs that drive up costs of imported goods make domestically produced goods more competitive and appealing to consumers which enables more businesses to move more manufacturing back to the U.S. All combined, it is clear that for as long as trade wars are on the horizon, firms should strongly consider either moving production to the United States or increasing their reliance on domestic suppliers and consumers.

While media outlets sensationalize the impact of current events on business and manufacturing, the truth is that domestic production is as strong as it has ever been. In particular, the rise of artificial intelligence and the presence of protectionist trade policies make 2020 one of the most exciting times to be a domestic manufacturer. Businesses can expect the next year to bring new challenges that will increase their reliance on integration and automation as well as grow domestic consumption of manufactured goods. Though manufacturing is experiencing unusual changes and challenges, innovation will continue to drive the industry forward to an era of unprecedented growth.

Next article Inventory Management and COVID-19: How to weather the pandemic

The Challenges That Come With Inventory Management 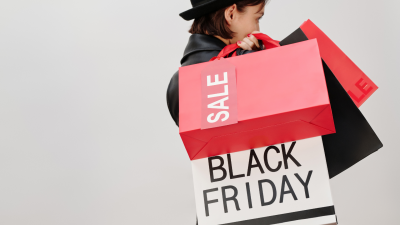 June 9, 2020
There are no comments yet No comments